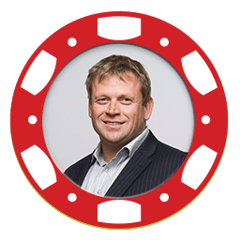 Jason joined NAV in 2008 and, during his tenure, the NAV team has continued to earn long term clients by delivering superior technology coupled with fanatical customer service. The NAV team is one of the longest serving in the industry and consistently strives to deliver the same level of high quality service for a single camera sale or a multi-million dollar integrated system project. Those efforts have ensured that the NAV brand is widely recognized for expertise and customer service in the Gaming Surveillance & Security Technology business.

During a 25 year career, Jason has held leadership positions in Finance, Sales and General Management both in the USA and Europe. He held positions with Arthur Andersen, BICC Plc and the UPF Group Plc before spending ten years with Ingersoll Rand (IR). While at IR, he held several leadership roles in the UK and USA, including serving as VP Finance for the $1.2B Americas Security Technology Business and as Director and General Manager of the US Security Integration Division.

Jason holds a BSc in Business Administration from the University of Bath in the United Kingdom and an MBA from the Kellogg School of Management. He is a Chartered Management Accountant and a former Chair of the Security Integration Industry Group within the Security Industry Association (SIA).

Laurie Smock, Vice President at North American Video (NAV), was recently named one of Security Systems News’ “20 under 40”, an annual honor given to a small group of young talented individuals in the security industry who have shown notable leadership skills. Laurie is responsible for large systems gaming sales and integration projects across the US, Latin America, and Asia Pacific, along with the management and continued expansion of NAV’s sales team. As a member of NAV’s senior management, Laurie is instrumental in directing the strategic vision of NAV’s business, reviewing new technologies to ensure customer demands are met and managing NAV’s portfolio of manufacturer partners. As NAV’s profile grows across vertical markets, Laurie manages a fast-growing list of vendor relationships. With the keen ability to coordinate and balance customer expectations, budgets, regulation compliance and new technology offerings, Laurie is a central point of intelligence driving the success of NAV’s integration business.

A fourteen year industry veteran, Laurie has extensive experience with every facet of the integration business process – from sales, customer relations and support, to order processing and project completion. Her overall management of corporate workflow is a primary driver of NAV’s growth and profitability. She has worked on many of the largest gaming and non-gaming projects in the world, creating longstanding relationships with clients and manufacturers while earning a reputation as a go-to source of technical knowledge and expertise for some of the largest names in the industry. Her close interaction with clients and the intricacies of their installations has also further honed Laurie’s innate ability to best identify, resolve and manage clients’ video surveillance and security systems needs.

Laurie has also shared her industry expertise through numerous articles she has authored for security professionals in both print and electronic media, and is widely regarded as an industry expert in gaming surveillance which has results in frequent speaker engagements at industry tradeshows and functions.

Dan’s joined the NAV team in 2013 as Director of Sales, with the responsibility of developing sales in the Western US and his role quickly expanded into many other aspects of the business. His career in the security industry spans three decades with a focus on the gaming surveillance market exclusively since 2010. Dan has been able to build a unique perspective on the security market segment by holding positions in integration, product development, project management, sales, and sales management. Most notably, Dan has managed the development, marketing, and sales of some of the security industry’s most iconic products and platforms on a global level.

Dan holds two bachelor’s degrees from San Diego State University and lives in California with his wife and four children. 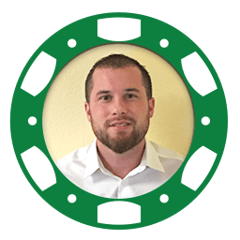 Jason joined the NAV team in 2006 as a Field Technician. Since that time, he has progressively held more senior roles in field operations, engineering, and management. Throughout his career, Jason has been instrumental in the delivery of hundreds of projects including some of the largest new construction projects in US gaming history and many complex surveillance upgrades that were executed within a live gaming environment.

Prior to joining NAV, Jason served in the United States Air Force as a Crew Chief in support of an F16 Fighter Squadron. He served both in the US and overseas before receiving an honorable discharge at the end of his tour of service.

Jason holds a bachelor’s degree from American Military University and lives in Virginia with his wife and four children.